Background: During the Japanese governance period, Martial Arts Dojo, Daxi used to be a place for police to practice judo and kendo. After Taiwan Recovery, the place was assigned to be the housing for the former president Chiang Kai-Shek's gendarmeries. In 1999, gendarmeries moved out, and in 2001, the hall underwent renovations by the Daxi County Office. In 2015, Wood Art Eco-Museum took over the hall and had the ancillary building fixed. Now it is the base for special exhibitions.

Background: This Japanese style duplex dormitory used to be the single dormitories of Daxi police stations. After Taiwan Recovery, it became the housing for the families of Chiang Kai-Shek's servants. Upon the completion of renovation, it was named the Craftsman Story House, presenting the development of carpentry beginning at the end of the Qing Dynasty. The Craftsman Story House exhibits Daxi wood craftsmen's craftsmanship, spirit and legacy.

This building was the Official Daxi police dormitory for senior officials during the Japanese government era. The territory of Daxi County during that time included the present "Fuxing District in Taoyuan City" and "Jianshi Township in Hsinchu County". The police department played an important role in managing the plains and the mountains. From the Japanese government era to 2015, it offers accommodation for all of the chief police officers. Since 2017, the premise is a living craft hub, activating exchange of craft worldwide.

Background: During the Qing Dynasty, the Lee Family moved to Daxi and cultivated the Yuemei Area, making good use of the river to run and distribute its rice business. The development was so successful that the name "Lee Jin-Xin" was established during the time. In 1860, the Lee family started to build the mansion, and it was completed in 1864. In 1865, the year after the mansion was completed, the Lee family had a successful candidate in the exam and it was honored by erecting flag poles and hanging boards. The mansion became a witness to the Lee Family rising from the farm, thriving in business, and finally achieving success in government. 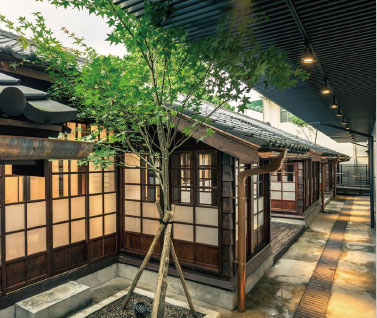 Background: The attached wooden houses used to be the dormitory for the staff of Daxi County Police Station. After Taiwan Recovery, the function remained the same, and the concrete houses and walls were later built for better accommodations. Different materials represent the style of each era. The Native History Hall underwent renovations in 2016 and now serves as a place for exhibiting the lives and history of Daxi's residents. 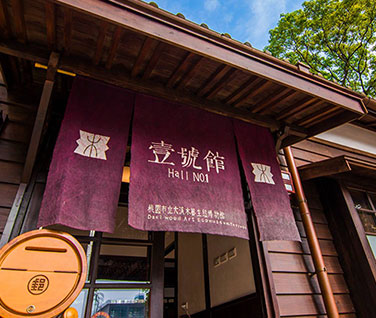 Background: This building originally served as the dormitory for the principals of Daxi Elementary School during the Japanese governance period. After Taiwan Recovery, it was offered as the accommodation for Daxi Junior High School's teachers. In 2001, the occupants moved out, and it has been vacant since until 2015. This is the first public house to have its renovations completed and was thus named Hall No. 1. Hall No. 1 operates as an information base for promoting the concepts of the ECOMUSEUM